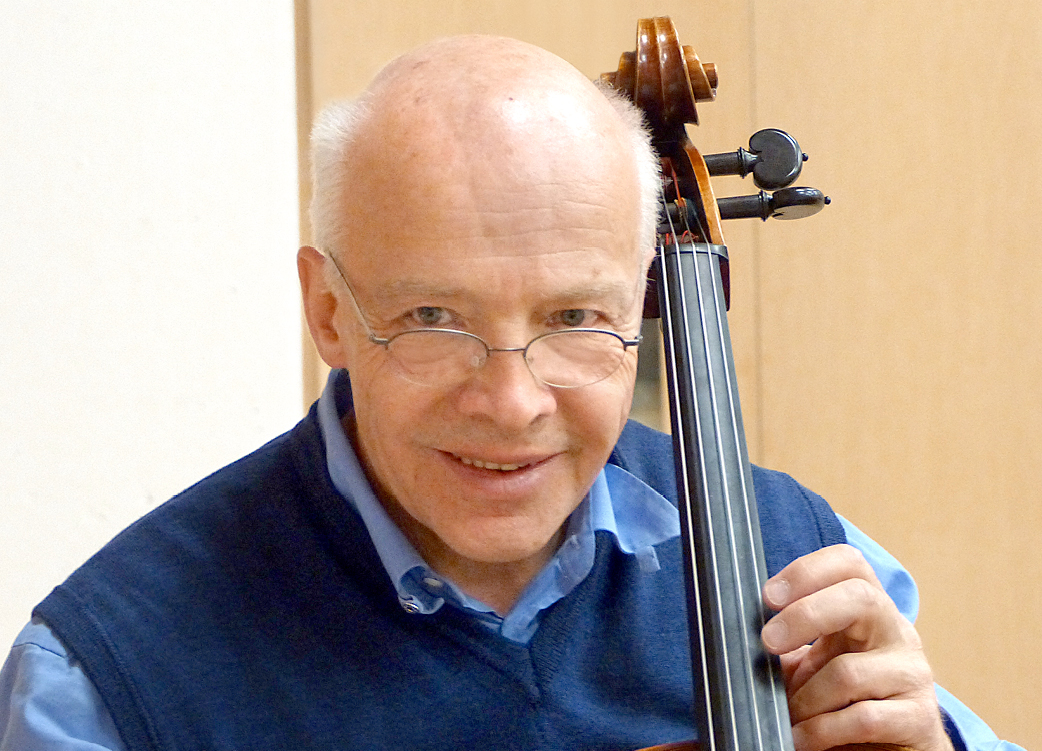 Workshop for Cello Ensembles with

Registration deadline September 30th, 2018
The registration shall be binding.

The course is aimed at cellists, students, and enthusiastic amateurs. It will focus on learning the literature for cello ensemble, the joy of
playing together and offer an introduction to the technique of improvisation. Private lessons focussing on J. S. Bach’s cello suites are possible,
too. At the beginning, groups will be organized according to the playing levels and wishes of the participants. All participants will play in the cello
orchestra. The workshop will open with a convivial dinner on October 6th, 2018, at 6 p.m. The closing concert will take place on October 12th,
2018, at 8.30 p.m.

Albert Roman, a native of St. Moritz, Switzerland, began playing cello at an early age and studied with such renowned cellists as André Navarra, Pierre Fournier, Mstislav Rostropovich, Paul Tortelier, and Janós Starker. Two first prizes in international music competitions marked the beginning of a busy career, over the course of which he has given concerts and master classes throughout Europe, Asia, and the United States. Albert Roman is particularly interested in contemporary music and, accordingly, has premiered cello works. For his contribution in promoting talented young cellists in China, he received the 1999 Friendship Award of the People‘s Republic of China. He is a guest professor at the music academies of Beijing, Shanghai, Tianjin, Wuhan, and Xi’an, Conductor of the Swiss China Cello Orchestra and Artistic Director of Chesa da Cultura St. Moritz. (www.albertroman.ch)